The study of falconry and its history at the ZBSA

Following an initiative by ZBSA scholars, the history of falconry has been studied for years in a cooperation of falconers and scientists who have come together during conferences. 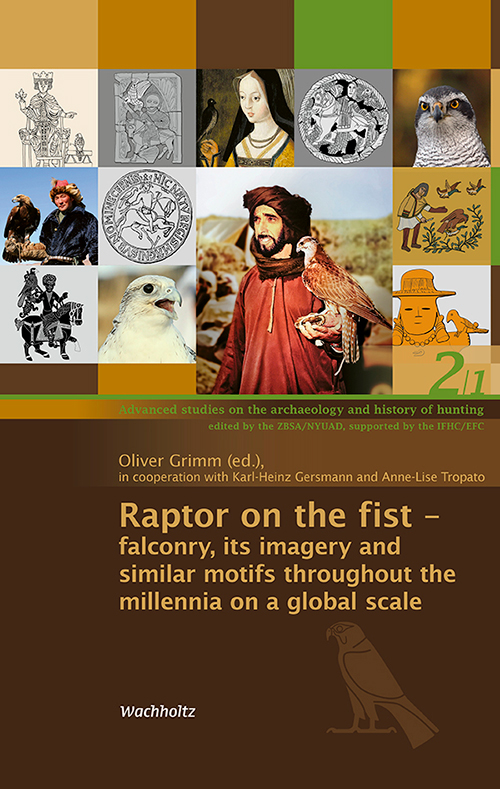 The conference at the ZBSA in 2014 led to a first, very broad, publication (2018) in the English language. This was dedicated to falconry and bird symbolism throughout the millennia on a global scale.

Both books share the common opinion that there was an earlier period with no falconry but with bird symbolism whereas, in later times, falconry was never only hunting with trained birds of prey since it also carried a symbolic meaning.

Oliver Grimm (ed.), in cooperation with Karl-Heinz Gersmann and Anne-Lise Tropato, Raptor on the fist – falconry, its imagery and similar motifs throughout the millennia on a global scale. Publication in considerable extension of a conference at the New York University Abu Dhabi (NYUAD) in the United Arab Emirates, March 5th to 8th 2018. Advanced studies on the archaeology and history of hunting, vol. 2.1-2.2 = Advanced studies in ancient iconography II, edited by the ZBSA/Centre for Baltic and Scandinavian Archaeology in the Foundation of the Schleswig-Holstein State Museums, Schloss Gottorf, Schleswig, Germany, and NYUAD/New York University Abu Dhabi, United Arab Emirates, made possible by generous support of the International Fund for Houbara Conservation (IFHC, United Arab Emirates) and the Emirates Falconers‘ Club (EFC, United Arab Emirates) (Kiel/Hamburg 2020).