Over the last 150 years, thousands of prehistoric bone and antler artefacts have been found in the Danish area. The majority has been unearthed during peat excavations and clay extraction, but also drainage, tillage and stray finds on the coast has contributed with finds. Of this large bone and antler assemblage, only a tiny fraction can be associated to the Lateglacial period. For this reason, absolute chronological evidence of the presence of humans in southern Scandinavia is scarce. This currently leads to a loose base for reconstructions of the past, such as modelling the dependence of cultures on specific animals (reindeer/elk hunters), the timing and frequency of human dispersals, or the general synchronisation of environmental and archaeological changes. 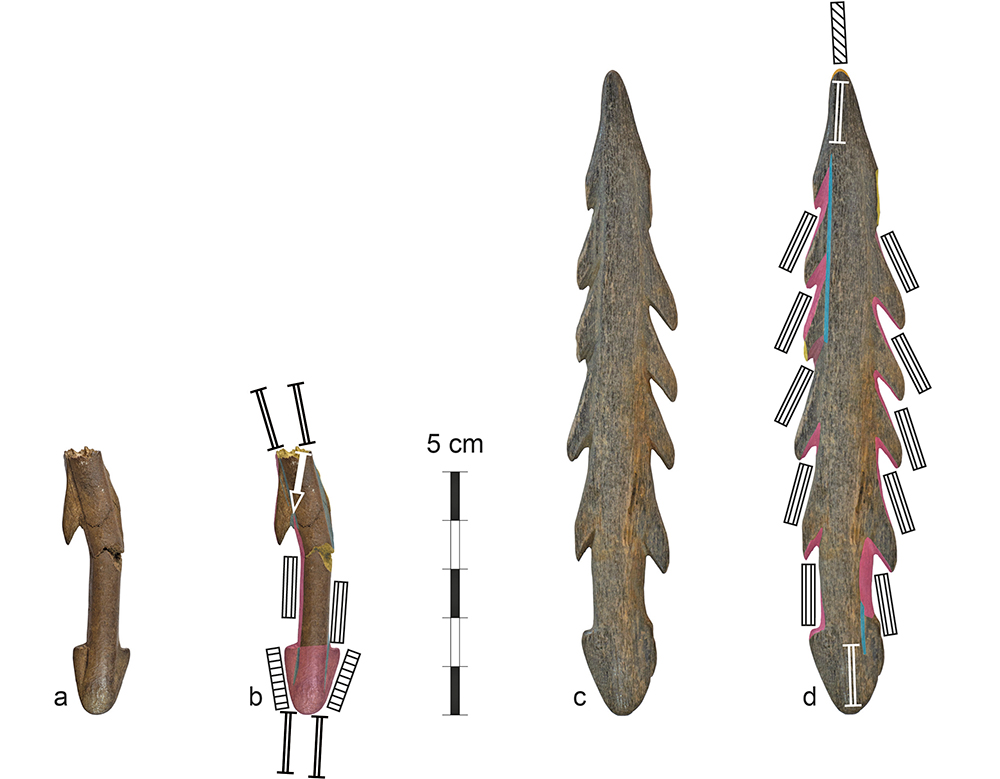 A recent project at the ZBSA and the National Museum of Denmark focusses on this desideratum. The Danish archaeological and zoological museums were visited in 2019 and 2020 in order to assess their faunal collections and identify Lateglacial artefacts. The main aims of the study are to 1) make a complete overview of known Lateglacial artefacts made from osseous and artefacts from the Early Holocene that belongs to a Palaeolithic tradition 2) make a technological description of the artefacts and if possible relate it to a cultural period 3) to improve the Lateglacial chronology by AMS-14C analysis of worked osseous material 4) study the find distribution of artefacts in time and space 5) correlate the spatial and temporal find distribution with the known vegetation development 6) and if possible identify Lateglacial “hot-spots” for further surveying or re-assessment of old lithic collections. 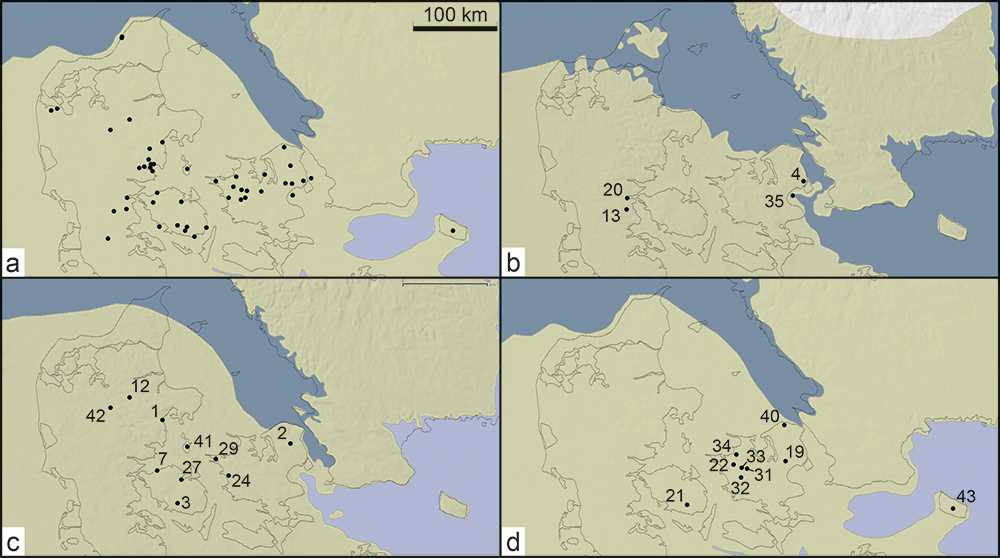 During the assessment of more than 300 osseous specimens, four new artefacts have been identified. Among them the second Lyngby-type axe from the eponymous site Nørre Lyngby at northernmost Denmark, which is also presented in the calendar. Furthermore, a series of unpublished finds and finds formerly described as animal-gnawn were identified. The 14C-dating of the finds lead to a more diverse picture of the Palaeolithic osseous technology and industries throughout the Lateglacial including a surprisingly large series of artefacts dating to the middle part of the Lateglacial (~Allerød) as well as to the identification of a very young Ahrensburgian settlement in Denmark.

First results will be published soon in Quartär.