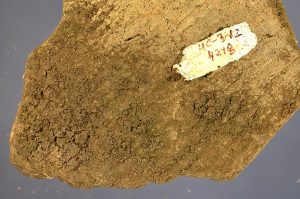 Carbonised food crusts adhering to pottery are now routinely dated to provide 14C ages for the use of the pottery concerned. Because fish and other aquatic foods are usually depleted in 14C relative to plants and animals in terrestrial food chains, however, such dates can be misleadingly old. This problem must be addressed if we are to develop realistic chronologies for the introduction and spread of pottery across Eurasia (see Dating the spread of pottery among hunter-gatherer-fisher communities in north-eastern Europe project). The challenge is to identify the sources of carbon in food crusts – or at least, to identify which food crusts are derived mainly from terrestrial foods, and to correct the 14C ages of “fishy” food crusts 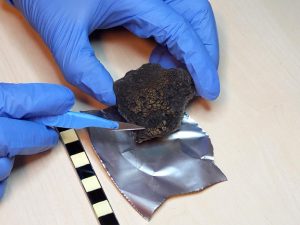 for any aquatic reservoir effects. This project is concerned with gauging the effectiveness of screening methods that might be used to identify the potential for reservoir effects in food crusts. Effective methods must be faster and more economical than 14C dating, and use little or no material; we also need to be able to test previously dated food crusts as well as screening potential samples for future dating. Results so far indicate that the light stable isotopes δ13C and δ15N are reasonably reliable indicators of the contribution of aquatic foods to the carbon content of a food crust, particularly at coastal sites. At inland sites, potential reservoir effects in food crusts are much greater and more variable, and the differences in δ13C and δ15N between terrestrial and aquatic foods can be less marked, so a third isotopic system may be required to identify fishy food crusts. There are several methodological challenges (e.g. diagenesis, sample pretreatment, sample inhomogeneity) that require further investigation, in part using modern experimental food crusts.