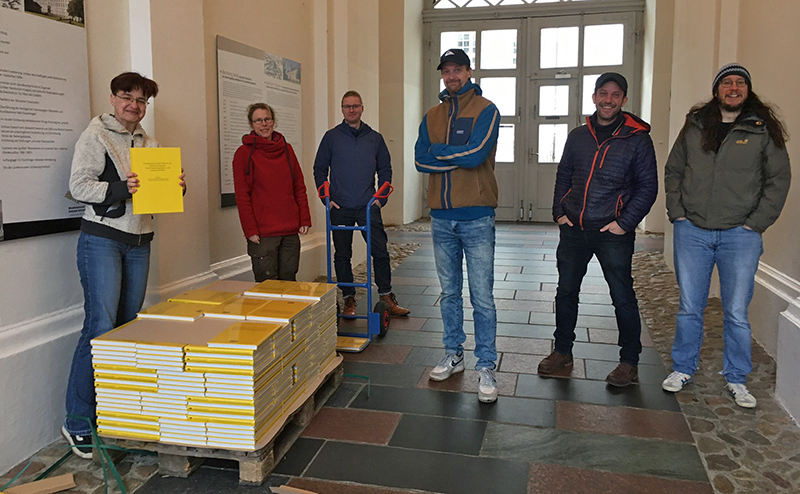 Fortifications are a well-known but little researched phenomenon in almost all archaeological periods in Europe. Their location in the natural and cultural landscape probably varied according to their function and depended both on social conditions, but also on external site factors such as topography and terrain or the availability of building materials. In addition, changes in social or economic conditions could alter the function of fortifications or make adjustments necessary. Sometimes fortifications even became obsolete and were abandoned, but came back into use centuries later. Nevertheless, the location in the landscape and the relationship to the surrounding hinterland seem to be the key to understanding the complex monuments. Regardless of the function, whether it was to control traffic and communication routes and actively express the power of the builders, or merely to serve as refuge castles for the population and their plant and animal food and belongings, the location of the fortifications in the landscape was absolutely crucial to the success of the desired function. Due to the geographical and cultural diversity, however, the question of the reasons for this or that choice of location cannot be answered in a generalised way. Rather, each site must first be examined individually to clarify its specific function before entire systems of contemporary fortifications and thus „fortified landscapes“ can be reconstructed from the individual sites.

In order to illuminate these relationships from a variety of perspectives, an international workshop entitled „The setting of fortifications in the natural and cultural landscape“ was held on 5 and 6 March 2020 in Schleswig at the Centre for Baltic and Scandinavian Archaeology (ZBSA), organised by the Community on Fortification Research (COMFORT). A total of 25 archaeologists from Germany, Russia, Norway and Finland took part in the meeting. The workshop was financially supported by the ZBSA and the Department of Archaeology and Cultural History of the Norwegian University of Science and Technology (NTNU).
On 29 August 2020, at the virtual annual meeting of the European Association of Archaeologists (EAA), the community also organised session # 448 entitled „Just a demonstration of Power? The setting of strongholds within their landscape [COMFORT]“.
The aim of both sessions was to use case studies to show the whole range of possible functions depending on the respective situation in the natural and cultural landscape and to discuss possible differences and similarities in different geographical regions in order to explore the underlying mechanisms for site selection. Both events resulted in the publication presented here with its total of 16 English-language blind peer-reviewed contributions, which have been edited by Gundula Lidke from the ZBSA since mid-2021 after the English-language corrections carried out by Sharon Shellock. The graphic work, layout and typesetting have been implemented by Heiko Marx (Scientific Graphics, Northeim) since November 2021 after a public tender.
The publication, also supported by the Cluster of Excellence ROOTS, was published shortly before Christmas 2022 in the in-house so-called Curry series edited by C. von Carnap-Bornheim as ‚Schriften des Museums für Archäologie Schloss Gottorf, Ergänzungsreihe, Band 15 (Bonn 2022)‘ with a team of 5 editors (T. Ibsen, K. Ilves, B. Maixner, S. Messal and J. Schneeweiß). We thank all those involved for their outstanding commitment!